The pharmaceutical industry in India has been developing rapidly in recent years and continues to conquer new markets. What is the reason behind such successful development? The answer is important not only for researchers, economists and businessmen who are considering to open their own business in the country. For the general public, understanding new developments and drug manufacturing methods can help in such practical matters as choosing medicines for treatment.

India is the fastest growing major economy in the world and would probably be one of the top three economic powers in the world over the next 10–15 years. India’s GDP increased by 7.2% in 2017–2018 and 7% in 2018–2019. The country has maintained its position as the third largest startup base in the world with over 4,750 tech startups in 2018. By 2020, the Indian workforce has reached 160–170 million. As of March 15, 2019, India’s foreign exchange reserves stood at $ 405.64 billion according to the Reserve Bank of India (RBI). Economic growth is largely influenced by the inflow of foreign investment. 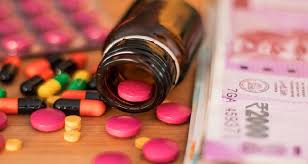 Over the past few years, India has become a leading pharmaceuticals manufacturer, driven by fast-growing generic and biosimilar markets. The country has accounted for 20% of global exports according to IBEF. Based on the fact that India continues to increase its influence on the global pharmaceutical market, this, in turn, leads to an increase in the interest of external investors, opening up new scope for investment activity.

Canada: Pharma Products in Third Place in the List of All Imports from India

In 2019, Canadian imports of medicines from India ranked third among all imported goods at $308.75 million. Like many other countries, Canada imports active pharmaceutical ingredients from China and India to make its drugs. However, unlike the United States, Canada has laws regulating drug costs, which makes some of the products much cheaper than in the neighboring country. In addition, due to the quality growth of Indian products associated with the desire to meet international standards and increase investments, the volume of imported ready-to-use pharma products is increasing. Currently, a number of retailers in Canada offer a wide range of generic and branded medicines from India and other major drug exporters. Among similar services, Ousu pharmacy stands out for the rigorous policy of filtering the manufacturers, coupled with a broadened range of discount opportunities. The pharmacy was the first one to introduce the concept of “4 bonus pills for free” and delivery without borders.

On general lines, the following advantages of Indian pharmaceutical market can be highlighted:

The Structure of Indian Pharmaceutical Market

Two main segments can be distinguished in the structure of Indian pharmaceutical market. The first segment is active pharmaceutical ingredients and wholesale drugs, which can be divided into branded and generic groups. A generic drug contains a chemical — an active pharmaceutical substance identical to that previously invented and patented by another company. Generic drugs are sold after the expiration of the patent under an international non-proprietary name or under a proprietary name that differs from the brand name of the drug developer. The growth of the generics market opens up new prospects for the development of the national economy of many developing countries. So, the loss of patent protection in the period 2014–2022 for eleven biological products, accounting for 48% of total biologics sales, coupled with a growing global focus on improving health and lowering maintenance costs, creates opportunities for significant sales growth.

From a marketing point of view, companies have chosen different strategies for market behavior. One of the major manufacturers, SunPharma, is trying to achieve a competitive advantage through cost savings by vertical integration: they develop and manufacture complex pharmaceutical substances, which requires special skills, technologies and capital costs. A number of companies are choosing a differentiation strategy in an attempt to strengthen their market position and expand their product range by investing in R&D. For example, Dr. Reddy’s, a leading multinational pharmaceutical company based in India, acquired OctoPlus N.V. based in the Netherlands to gain access to Poly Lactic-co-Glycolic Acid (PLGA) technology for complex injectables.